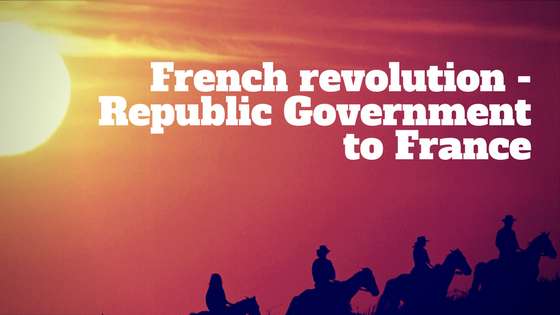 What comes to your mind first when you think of France?

But i love pizza yaar!

Shut up pizza is from Italy.

Its France dude, burger is from America!

Stop fooling around and listen to some amazing facts about France.

We all know world famous Eiffel tower from Paris but how much do we really know about France? How this country become as its today?

It’s all start in late eighteenth century in 1774 when King Louis the XVI came to power. At the 18th century France was govern under the rule of king and there was three sociality estates.

1st was clergy which includes king and the regime of monarchy.

2nd one was nobles who were aristocrats and church Catholics.

And the 3rd and the least was the peasants which includes all of the 98% population of the country mostly farmers, craftsmen’s and venders.

But there was a social misbalance in this system. Where all the pleasure’s was provided to the 1st and 2nd estate and 3rd estate was left for suffering.

1st and 2nd estate own the 60% of a land also they don’t pay taxes so it’s all win win situation for them.

All the 3rd estate people where suffering from death, hunger and poverty. In this situation when lack of food and resources the queen of France Marie Antoinette2A.K.A Madame deficit make a statement that shock the nation.

“if there is no bread, let them eat the cake“

With rising in taxation and lesser food supply the tension against royalty building more and more.

King Louis XVI understands the problem so he arrange the meeting of estate general since last 175 years. he invites the representatives of all the three estates but instead of listening to the problems of 3rd estate he make them stand behind all the 1st and 2nd representatives.

Insulted by both 1st & 2nd estate the 3rd estate declares their own national assembly in Versailles2and started the drafting of the first constitution of France on 1789.

In between that a bad winter season comes

Crops were destroyed and it meant to bad harvest which raises the price of bread. People where angry and riots where happening all over the country which held to attacking the Bastille2prison the symbol of French monarchy. Most of the 1st and 2nd estate people flee to other countries due to fear of death. King tries to escape from the country but captured.

On year 1791 the constitution was ready to limit the power of king and give the power to the people.

(People of France- i have the power of the universe)

After the constitution was written King Louis XVI and Queen Marie Antoinette was charge for treason and publicly beheaded in 1992.

The story does not end here….

after the ending of 1000 year old monarchy at last France was republic which was govern by the three basic rights of the man liberty, legality and fraternity which represents the flag of France blue white and red.

even if the France was republic there was lots of new challenges in front of France after the kings beheading the power goes to extremist group “Jacobins” lead by Robespierre2who brings the Reign of Terror2from 1793 to 1794. In the time of Reign of Terror3the ruler of the government “Robespierre” kill more than 20 thousand people with Guillotine.

After the reign of terror another leader took over the not so great Napoleon Bonaparte3who declared himself as Emperor3of the France but after few years he also defeated in waterloo in 1815.

After all this struggle in 1871 finally the republic government form and became France as we see now….