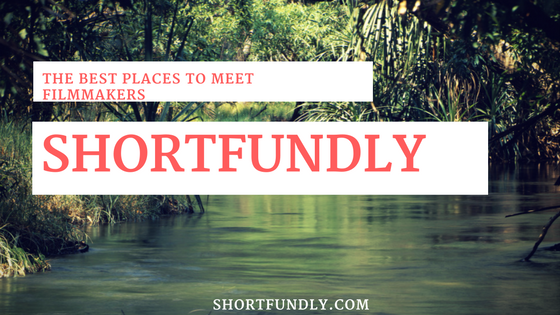 Before I begin to explain how we make money through short films, I would like to come up with the explanation of what a short film actually is. A short film is the kind of film which as its name suggests, is not a long enough film to become a feature film. The Academy of Motion Picture Arts and Sciences defines a short film as an original motion picture that has a running time of 40 minutes or less, including all credits&quot;. Short films are usually screened at film festivals which are held on local, national and international grounds. They are made by independent film makers for profit or no profit and generally with low budget or no budget at all. They are also funded by sponsors, NGOs and other organisations. The film makers make such films for their experience and testing their talent. Some known short films are Alive in Joburg (2005), That Day After Everyday (2013), Bottle Rocket (1996).

Now to begin with money making techniques through short movies. There are many blogs which post things on how to make money by posting the film’s on YouTube and how to make short films on a no budget platform. But in today’s era people post, whether it is applicable practically or not. So we need to look at realistic ideas to make money via short films and not go with the tips given in a random blog. If we start with posting videos on YouTube, we should first begin a collaborative partnership with a well running YouTube channel that could promote your content and would be beneficial to them as well. We should always make sure to sell our videos to only a verified YouTube user because you could sell your video to anyone and your hard work hence goes to waste as you get no credits and it gets stolen.

Second possible way is through Film Festivals, if you believe that your film is an outstanding one, then the film festivals are the real time sources to earn Money. The Film festivals like Mumbai International Film Festival. Atlanta, Sundance offering highest prize money for the best short films. Third way could be selling the legal rights of your short film for making it as a feature Film, if luck favours the financer (Film Producer) allows you to direct that film or else you will get patent rights for using the theme of short film subject to a feature film. The fourth way I’d like to mention is The Distributors Network : You can find Short film distributors in the film festivals like cannes, Sundance etc. If they like your film, they will distribute your film through online-offline channels. One way I’d like to suggest to sell your short film could be to make it into a many short films with series making it into web series. If you see the population in today’s era, they are a lot into web series because it keeps them going. There could be an interesting storyline with a good climax at the end of every single film so that people get curious to know what’s happening next. This is one very good way to sell your short films.

Lastly, the economics of making a documentary is similar to any service/product which has an intrinsic value, however the masses/majority may not want to value it that way. For example – Take something like arts, specifically say; Madhubani Art; now if you leave it to the Madhubani artist to make a living of it, they day is not far when he/she would leave that profession for the lack of demand of that skill. In other words markets/masses would not want to pay-for/value that skill. One way to protect that art/skill is state/public/private philanthropic funding. The same logic applies to documentaries.

Short films are meant for spending money wisely and in effective manner. As a short film maker a person should make attempts only to improvise his craft, as short films only serve this purpose.