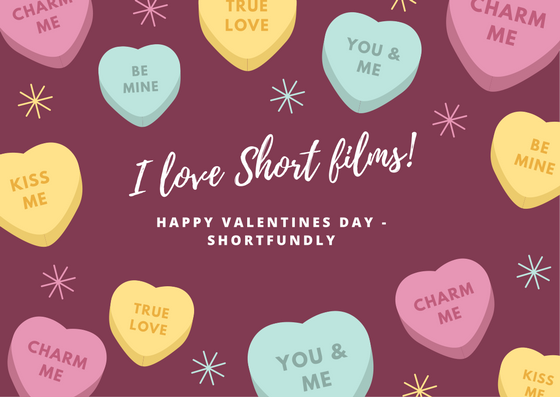 The Sixth Sense- the sense of art

‘You have 32 notifications’ popped on his phone screen as he woke up after a rather interrupted short sleep. They say that anxiety induces sleeplessness, I guess this proves it right. He could not contain his apprehension over his latest short film that was released just a few hours ago. Hours of immense hard work and dedication are just few of the ingredients used to create his baby, the short film. After all, a short film maker’s child is his short film and his lover is passion.

Though we all come under one category- homo sapiens, short film makers are of another kind altogether. When we see other people as ordinary human beings, they see them as characters (preferably the character for their next short film). This ideology cannot be pertained to just the silent majority, be it just places one visits, to him it is the ideal location for a scene he has in his mind. Their senses function different from how ours do. While we tend to have ordinary vision, they see things with creativity and possibility. To call them an optimist would be an understatement as they are like raging bulls who stop for nothing but success. For it is very less likely to achieve a satisfactory level of success with one’s first short film, many give up without even trying to get up. They embrace defeat with open arms. This is not for the faint hearted, the ones who cannot receive criticism constructively. After all, success is what we define, not what defines us. Their mind is jam-packed with words like ‘production’, ‘set’, ‘scene’, etc. Their YouTube recommendations would be filled with ‘Best Short Films’, ‘Best Production Companies’, ‘Film Making Tips’, ‘IFP Winning Films’ amongst many others. Their passion is boosted when they work for short film competitions where creativity and time management have to work hand in hand to attain victory. For instance, Indian Film Project or IFP that is conducted once a year provides a jolt of enthusiasm and commitment amongst short film makers across India (and now Internationally) as they only have 50 hours to craft their film (which includes scripting, casting, shooting and editing) and to submit it for evaluation.

“There are no rules in filmmaking. Only sins. And the cardinal sin is dullness.” said legendary film maker Frank Capra once. Staying true to this statement, short film makers live a life that could be defined as ecstatic if not eccentric. ‘Out of the norm’ would be an understatement by all means to call their lifestyle, for it is a form in which art thrives in this vapid world that we live in. They exude creativity and positivity to those who lack them.

They all follow one religion- art. Everything with them revolves around this three letter word which drives them to a point in their lives where they would find utter bliss and halcyon. The beauty they observe in trivial things that are often considered futile is a big lesson to those who do not know to appreciate things for what they are. To them, every object that occupies space in this world that we live in is of some value, small or large.

But this is where you get them wrong. It is not the fame and accolades they seek, which is hard to find in a world that we presently live in. All they care is for their virtuosity and message to be understood by the viewer. For them success is what the heart delineates.